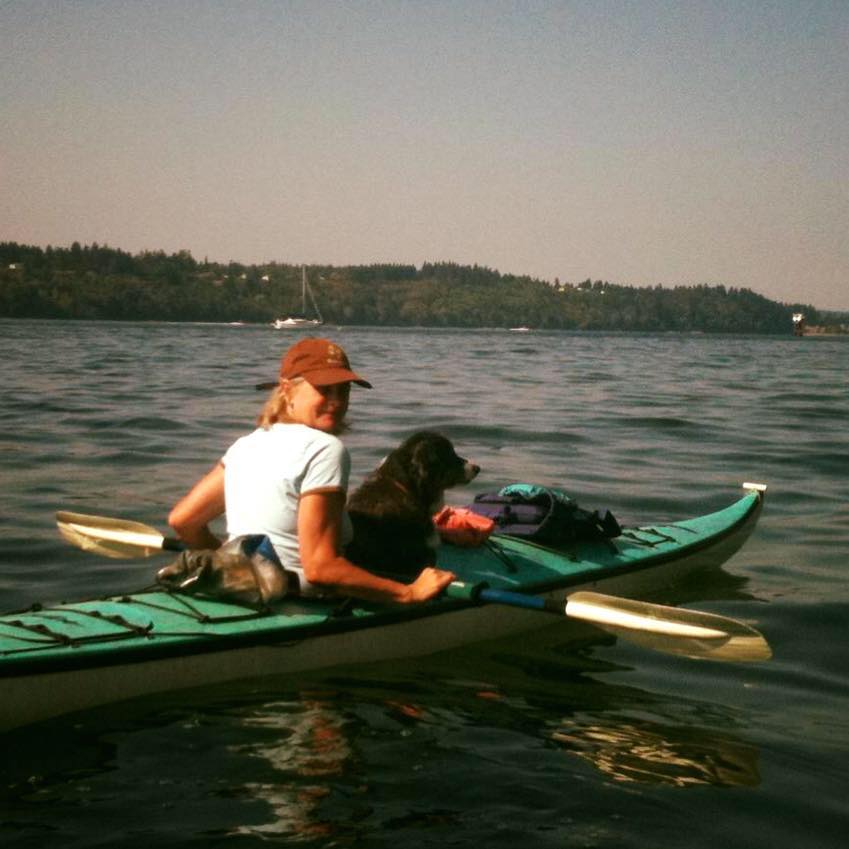 When Susan was ten years old, her biologist grandparents took her on a research trip to the tropical islands of the West Indies, where she fell in love with the sea and all its creatures.

She grew up, went to Art Center College of Design in Pasadena, became a successful professional photographer and took thousands of painstakingly art-directed photos of food for magazines, restaurants, cookbooks, and clients such as the New York and Los Angeles Times food sections, Julia Childs with Microsoft, Alaska Airlines, Starbucks and Holland America. In addition, she studied communications and did course work in graphic design at the School of Visual Concepts in Seattle.

Susan now lives on an island near Seattle with her writer husband Ken, two Australian shepherds, and a crazy loveable little mutt that thinks she’s the boss of the other two dogs. Susan has a deep love of the outdoors and spends a lot of time exploring the beautiful Pacific Northwest by foot and kayak. Over the last ten years, Susan has taken several marine naturalist courses from the Whale Museum and the Center for Whale Research, both on San Juan Island. She now takes photos of orcas and volunteers her time and talents working with several environmental organizations. She enjoys helping with public events and talking to school kids about the plight of salmon and Southern Resident Orcas.